After a major tussle, Centrebet will now have plenty more money to put back into marketing now that it has won its case against the Norwegian gambler who lost $15 million. The gambler, Bjarte Baasland, lost the grand sum when he wagered on Bet365 and Centrebet several years. 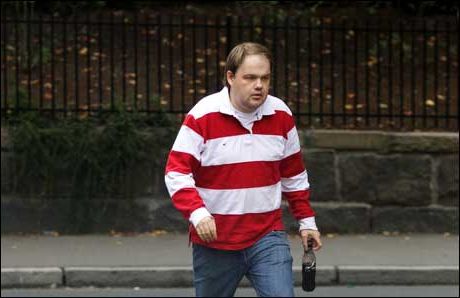 Baasland, the son of a Norwegian bishop, first made waves back in 2009 when he elected to sue both of the major online gambling companies for negligence.

In addition to the lawsuit, Baasland accused the companies of providing aggressive bonuses to lure him into continuing gameplay, insisting that the fact that he had a gambling problem should have been more obvious to the companies.

He went on to argue that neither company had the right to continue with his action when the homeland did not permit such actions.

Eventually, Bet365 had been dropped from this docket, but Centrebet has remained on the case because it offers the choice of wagering on Norwegian sporting events using Norwegian currency. The Supreme Court of Norway has sought to claim jurisdiction with what was becoming a major public case.

The only problem with this, however, was the fact that Baasland had actually conducted the majority of his gambling from hotels when traveling abroad, which naturally makes the jurisdictional waters a bit muddied. In addition, Baasland was revealed to have been borrowing much of the betting money from members of his own family, informing those he had borrowed from that he lost the money not to gambling, but to “misguided investments” when starting a firm in the Czech Republic.

This may actually serve as a lesson for many mobile users out there. While it may be the user’s loss, it can also be the loss of many others since the money was borrowed on the pretense of “investing.” Problem gambling is still a major problem, but many still wonder how nobody noticed that there was a problem occurring.

This is a lesson that must be taken seriously in this new world where Android and iPhone casinos are so abundant. This industry is growing very rapidly as more companies launch various promotions to try and draw in more players, and they’re certainly working.

However, it is against the terms and conditions to disguise where the funds come from, so if a user wins with illegitimate funds, they will not receive winnings.  With that in mind, do not follow Baasland’s lead; take care and have fun.

One Direction recently faced a major lecture by their management after gambling in a casino upon turning 18 and subsequently losing a significant amount of money. However, it seems like 19 year old Harry Styles is one member who did not manage to learn his lesson; the band member was recently spotted in the Perth’s Crown Casino on the first night the band arrived in the town.

Some pictures were posted to Twitter that reveal the popular boy band member seated at the exclusive Pearl Room at the Perth’s Crown Casino playing roulette, handing over chips and wearing jeans and a black T-shirt.

Currently, it is estimated that the star is worth about $24 million, but there is no word on whether he made a profit or lost any money while he was at the gaming house. It was very clear, however, that he had lost a fortune when he first decided to celebrate turning 18 by going to the casino for a night of gambling.

According to Niall Horan, a fellow bandmate of One Direction, back in February when speaking with a british magazine, a night of gambling seemed like a good idea back then, similar to “most of the stupid things we do.” Says Niall, the thought process was that they are now 18 and that the night was the first time they could spend their money since they had been on the road for quite a few weeks.

That night, Niall won £100, which he felt was “reasonable” and therefore took his winnings for the night. He did not have a comment as far as the other hand members outside of the fact that it “got a bit ugly” and some members lost “a lot of money.” When the management discovered this fact, all of the members received a serious dressing down about the way they spend their money.

In other news, the local police signaled that it was going to investigate some allegations that the band had run through three red lights on Wednesday night when headed back to the hotel.

According to Nick Anticich, the Assistant Commissioner, the “unacceptable behaviour” that the band showed breached the law, and the police are set to deal with all lawbreakers in the same manner. That the group is a popular one with rock stars does not provide a license to break the laws or get away with doing so. 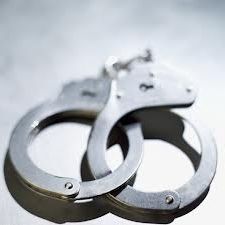 If they didn’t feel the strength of the law, “One Direction” hopefully will play two Perth shows while in town.